On Sunday, the wife and I celebrated 6 years of wedded bliss.  I’m fairly certain she doesn’t regret her decision and I know she’s loved being a mother for the last 3 years, so that means at least half of my married life has been successful from a “making my wife happy” perspective.  If I was a baseball player, I’d be batting .500!  That’s Hall Of Fame numbers right there!

Anyway, we had intended on spending an evening, sans kiddos, to celebrate the milestone, but decided to reschedule for the good of the entire family.  You see my father celebrated a birthday earlier this month, and as has become tradition in our family, we all go out to dinner to celebrate.  Well, with two nurses and a police officer among us, you can imagine it’s difficult to find an evening when everyone is available.  Seeing us all together is like a solar eclipse, it’s extremely rare and hurts your eyes to look right at it.

Editor’s note: That joke was meant as self-deprecation and should in no way be considered an accurate assessment of my family’s looks.  In fact, I consider us a fairly attractive group.  It’s the nose that really holds us back.

Having been parents for over three years now, Jen and I are fully aware of the obstacles surrounding dinner.  More accurately, dinner out.  More accurately still, dinner out IN PUBLIC.  There are three stages to the eating out process.  The first is the prep stage; this is when we gather the necessary intelligence, equipment, and tools to adequately prepare for the subsequent stages.  We generally start hours in advance if the decision to eat out has been made early enough.  We consult a map and determine a reasonable circumference around our neighborhood for a possible destination.  The size of said circumference is in direct correlation to the level of attitude and emotion displayed by the children throughout the day.

Once a target establishment has been identified, we gather the supplies necessary to successfully manage whatever scenario we encounter.  Inevitably, something that proves to be important (such as bibs, sippy cups, or one of the kids) is forgotten and we’re forced to wing it.  Despite knowing that any event involving toddlers can never truly be planned for, the prep stage remains extremely important if you are to have any chance of making it through the night.

I think we’ve got everything…let’s go to dinner.

Stage two is the arrival/appetizer-to-entree stage, or as I like to call it, the-calm-before-the-storm stage.  This stage lulls you into a false sense of security, like a love scene in a horror flick.  The characters involved (i.e. the parents) feel like things couldn’t be more perfect, but the viewers (i.e. everyone else at the dinner table) knows something terrible is just moments away.  As parents, we tend to fall for this stage every time.  Every fiber of our being knows that we are just one green bean away from a total breakdown, but with everything seemingly falling into place, we can’t help but think maybe this time will be different.  And so we let Lucy set up that football once again and we go and Charlie Brown the hell out of it…which brings us to stage three.

Stage three is Chernobyl.  It’s Three-Mile-Island.  It’s the meltdown you knew was coming, but were helpless to stop it.  Stage three can occur for several reasons.  There’s the “eruption”, as I like to call it, where emotions have been slowly bubbling up to the surface undetected.  Then something seemingly insignificant, like a straw falling to the floor, triggers the explosion and all hell breaks loose. 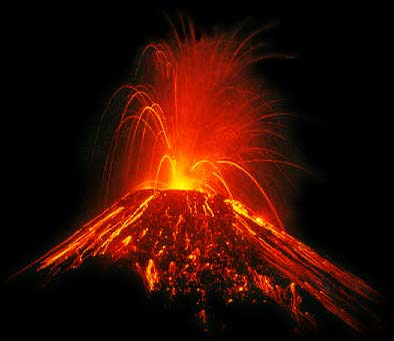 There’s also the poorly timed delivery of food to the table.  We’ve all been to restaurants where it takes forever to get your appetizer, and then you’re suddenly bombarded with entrees at the same time.  Or the soup/salad arrives quickly, leaving time for a siesta between courses.  Either of these scenarios is bad news for a parent.  We need a steady stream of sustenance at the table, otherwise we lose the brief attention span of our little ones and you can kiss your relaxing, enjoyable dinner goodbye.

Finally, there’s the “marathon” scenario where you’ve simply chosen an establishment that requires a long, drawn out dinner routine.  This is the most disheartening to the parent because no matter how well you planned, and no matter how perfectly that plan is being executed, there’s just no getting around the fact that you can’t keep kids still for more than an hour or so.  Think of it as a game of Jenga; you can only pull out so many little wooden blocks before the whole freakin’ thing comes tumbling down.

And that’s where we found ourselves Sunday night, trying desperately to maintain some semblance of order while enjoying a night out with the family. Jake was pouring soup all over himself and trying to climb out of his booster seat like Houdini trying to escape from a straight jacket.  Izzy was moving from my mother’s lap to my father’s and back again, all while periodically crying like she had been stood up at the prom.

I guess that’ll teach us to expect a casual dining experience at a Japanese Steakhouse!

With that in mind, here’s a small list of places not to take your kids for a dinner out:

A Dinner Theater: Depending on what show is being put on, you could end up consoling your screaming children or trying to stop them from climbing on stage.  Far to many variables to plan for here, I recommend staying away.

Any restaurant rated 4 or 5 stars: Let’s see; you’re probably not going to find a kid’s menu, dinner could take upwards of 2 hours, you may have to dress up which means you’ll have to pack a smock to keep the kiddies clean, you’ll be spending a week’s salary on a meal you’ll likely not get to eat…should I go on?

Any restaurant more than 20 minutes from a safezone: A safezone is a place you can retreat to where your little Sybil can calm down.  This could be your own home, the home of a relative that your children adore, or perhaps the local mental hospital.  If you dare travel outside the reach of a safezone, you’re on your own!

A Japanese Steakhouse: The meal takes a long time and there’s fire, actual fire, right there in front of you! 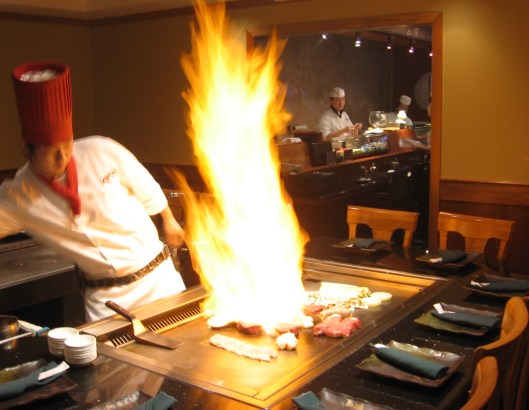 22 thoughts on “Eating Out With Kids: The Three Stages Of Chaos”